Goeldis monkeys were named after the Swiss naturalist Emil August Goeldi who discovered them in the early 1900’s. They are a sociable animal which live in groups of up to 10 animals including a breeding pair and their offspring. Unlike most other small monkeys Goeldis monkeys only give birth to a single youngster. They grab the mother’s belly for the first days, but after two weeks it is already carried on the back, generally by the father, who only returns the infant to its mother for breastfeeding.

Goeldis monkeys are incredible jumpers and will move vertically through the rainforest looking for food including fruit, leaves and invertebrates. Most unusually however during the dry season these monkeys will often feed on mushrooms, they are currently the only known tropical monkey to do so.

Like many other monkeys, they also have a range of calls: chirps, chucks and screams that are used. When excited, these small monkeys make a bird-like sound to communicate. In times of danger, the adults hide the youngster in dense vegetation whilst they distract the predator.

Listed as Vulnerable as there is reason to believe the species will decline by at least 30% over the coming 18 years (three generations) due primarily to habitat loss. 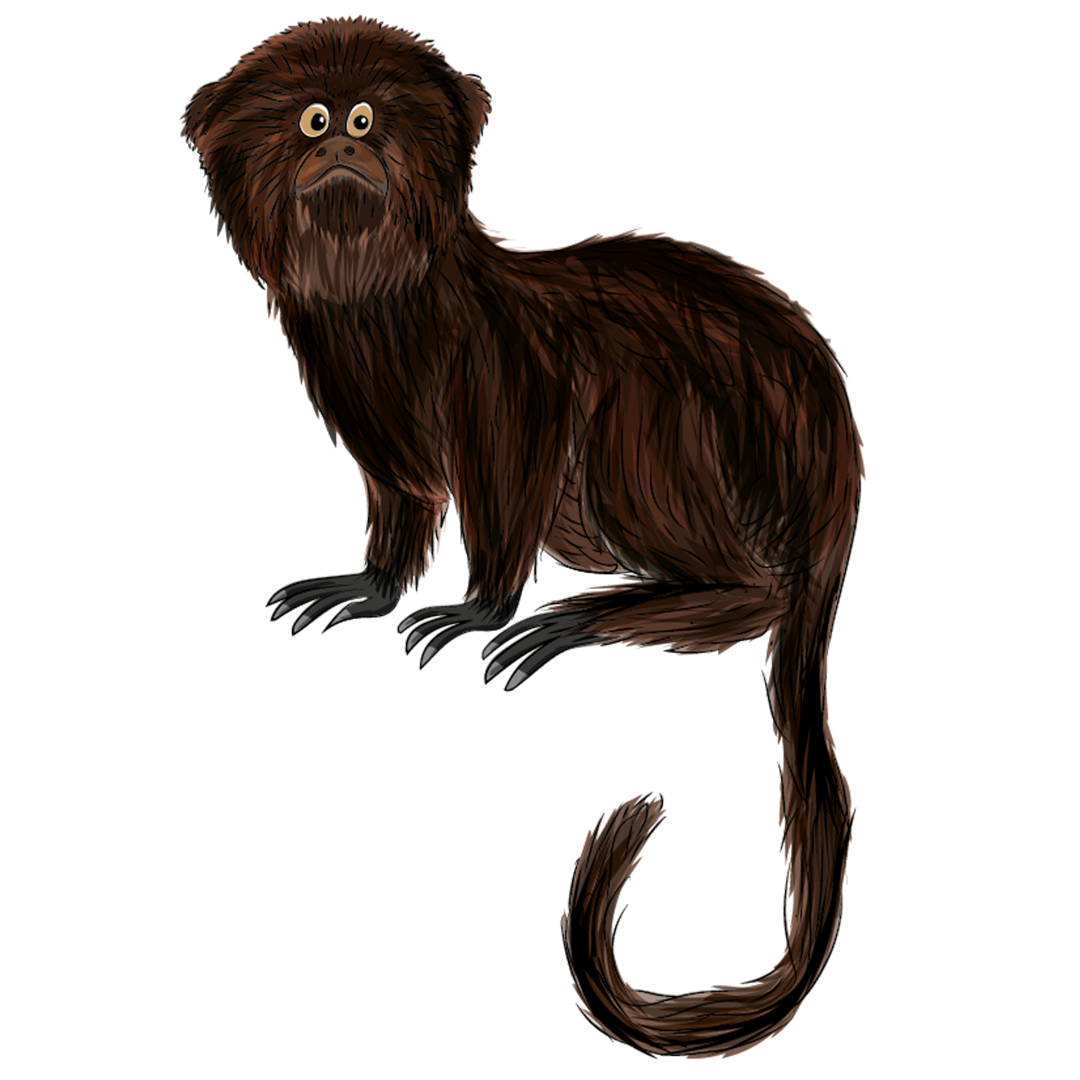 In the wet season, their diet includes fruit, insects, spiders, lizards, frogs, and snakes. In the dry season, they feed on fungi, the only tropical primates known to depend on this source of food

A Tribe, A Troop, A Barrel or A Mission

Due to the ongoing Covid-19 Tier 4 restrictions, we are now unfortunately closed to the public. If you have an encounter or tour booked a member of our team will be in contact shortly. We apologise for any inconvenience or disappointment caused.